by josh and mer 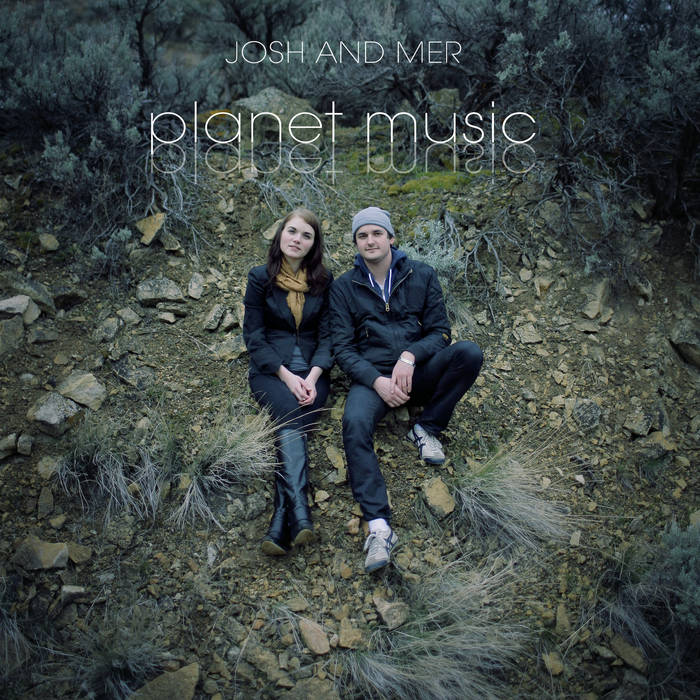 Songwriter Josh Schroeder and actress Meredith Adelaide met one cold and very early fall morning at the Little Nestucca River, in Oregon 2010. The two were on set as actors for a Levi's spec ad that featured the backdrop of the beautiful NW, and were called to action for a scene where Josh serenades Meredith in a tree. Trying to keep their minds off the cold between takes, Josh and Meredith began talking about art, life, music and their love of Portland, OR. They soon discovered that their common interests and ideas were a match, and shortly after began their artistic collaboration.

The duo released their full-length album, "Planet Music" on Oct. 4th, 2011. It is available through their website, iTunes, Amazon, CDBaby, Bandcamp, and Music Millennium in Portland, Oregon. Josh and Mer recently composed the network theme song for the BBC Kids Channel in Canada and they lent their voices, instrumental talents, and production style to the recording of the theme song.

Blending their love of music with film, photography, and the Portland lifestyle, Josh and Meredith developed a concept to showcase their collaborative efforts and their work as individual artists. They joked at themselves being "hipsters" and created a blog they call "Hipster Decadence" ( www.hipsterdecadence.tumblr.com). They keep fans, friends, and colleagues up to date on their creations through Hipster Decadence.

All songs written and recorded by Josh and Mer* at the Warewulf Cave, Portland, Oregon
*Stir (Lucid) written by Josh Schroeder

Mixed and Mastered by Jason Carter of Wavelength Studios and Duplication
(www.wavelengthmm.com)

Bandcamp Daily  your guide to the world of Bandcamp

Guest hosted by Tamar Osbourn aka Collocutor and Toshio Matsuura.